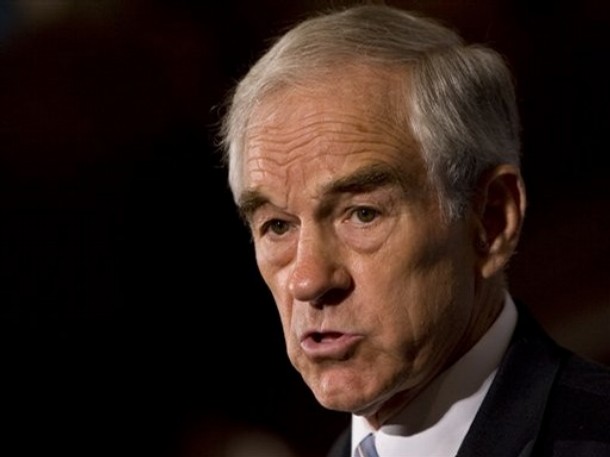 I really hope those who identify themselves as conservative, center right, and other malarky actually noticed how idiotic they have shown themselves to be.

I did some searching to see how the crowd at CPAC reacted to Ron Paul during this year’s conference.

They clapped and cheered him on.  Here's a guy who is telling them they are their own problem.  Yet, this entire constituency cheers and claps on as if it was not them who got themselves to where they are.

For those who do not remember, Ron Paul was booed more than once during some 2008 presidential debates regarding a few of the positions/principles he holds in regards to foreign policy, and what the hell, the economy.

Why Ron Paul even went to this event is depressing.  Try running for president again Ron, and see where how they end up supporting you.
Labels: Politics