Skip to main content
Labels
Posted by Will February 06, 2009

Why not execute them? 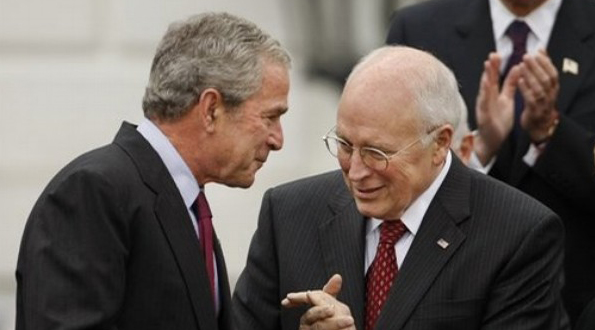 "When we get people who are more concerned about reading the rights to an Al Qaeda terrorist than they are with protecting the United States against people who are absolutely committed to do anything they can to kill Americans, then I worry," Cheney said.

"If you release the hard-core Al Qaeda terrorists that are held at Guantanamo, I think they go back into the business of trying to kill more Americans and mount further mass-casualty attacks," he said. "If you turn 'em loose and they go kill more Americans, who’s responsible for that?"

If this is true, why not execute them after we've tortured them and they've told us everything we want to hear? Why risk even a 0.1% chance of a breakout? Who's responsible for that? This is one of the issues I have with our absurd expansionist foreign policy:  The rhetoric guides the implementation of this policy; however, neither is ever followed to its logical conclusion. I mean, if Bush and Cheney really wanted to keep us safe, they would have ordered the killing every desert-dweller with, at the least, one arm and one leg.
Labels: Politics