Skip to main content
Labels
Posted by Will September 11, 2008 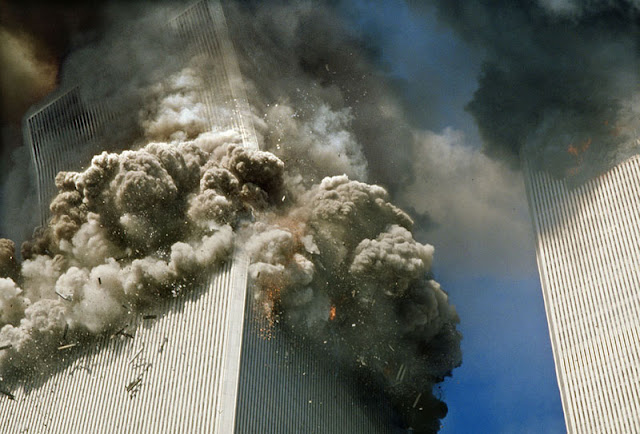 I was far removed from the events as a sophomore at Coastal Carolina University. I awoke for class, grabbed breakfast, turned on the television, and witnessed the first tower burning.

The guys who was talking sounded tired and detached and neither of them knew what the hell happened. Was it a bomb? Maybe. But it was agreed that it was certainly an act of terrorism.

At 9:03 we saw the second plane hit the second tower. At that moment, Rome burned and I thought, "This is the best thing to ever happen to the Republicans."

I left for class without waking anyone. I felt like a ghost. The class was full but none of us were really there. We missed the towers collapse and two hours of broadcasted loops of confusion and panic.

I like to argue that nothing changed that day. But that's a lie I like to tell to myself. Nationally, we became more perverse. Our privacy was sacrificed on the altar of paranoia and our dignity was sold en masse to the politician who could purvey our revenge the fastest.

Seven years later and politicians still have to pass an exam on nationalism given at gut-level and religious whackjobs are still featured prominently. Rome is no longer burning but its infrastructure is crumbling while it borrows and invests billions of dollars in a powder keg.