Skip to main content
Labels
Posted by Will August 10, 2008 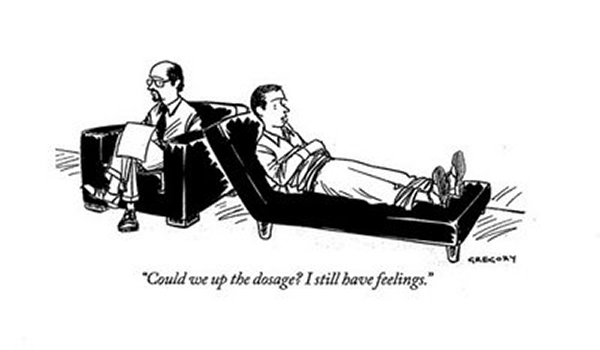 As a psychology associate, I deal with medication issues on a daily basis. "Can this challenging behavior in which this client is engaging be prevented by this medication?" The answer is, more often than not, an emphatic "no." The solution to an individual's aggression towards others or aggression towards themselves should be dynamic:  Among the mentally ill and, most often, the mentally retarded, the motivation behind an individual's engagement in a particular behavior is derived from a combination of brain defects, environmental stimuli, learned interpersonal responses, witnessed and experienced trauma, compulsions, emotional reactions, anxiety, and psychosexual drives.

Once a diagnosis based upon symptoms of psychosis, mania, impulsiveness, or severe paranoia is made and the "medication solution" is implemented, an individual's behavioral motivators become even more unbalanced. Even if not applied recklessly, this continued imbalance occurs for three reasons:
I had these points in mind when I read Christopher Lane's Shyness: How Normal Behavior Became a Sickness. Lane begins with a terrific visiting of the back-stabbing, tension, infighting, and nastiness that preceded the publication of the American Psychiatric Association's third Diagnostic and Statistical Manual of Mental Disorders (DSM-III). The DSM-III is a physician's field guide to mental illness. Lane presents the DSM-III as human endeavor: The committee responsible for its completion was comprised of egotistical and well-intentioned neuropsychiatrists who narrow-mindedly constructed a flawed document.

From my reading of the DSM-III, this is an accurate assessment and the conclusions that Lane draws, based upon his analysis of his evidence and multiples interviews, are overwhelmingly valid. It is unfortunate then that roughly "normal" individuals should be subjected to pharmaceutical empire that predicates its marketing upon the assertions of the DSM-III.


Step One: Take the results of an ambiguous questionnaire to prove that the new disorder far exceeds psychiatrists' already ample expectations, leading them to suspect the presence of a widespread, underdiagnosed problem. Step Two: List the new disorder in the DSM, thereby inviting drug companies to treat it. Step Three: Shower doctors with free samples of newly minted pills [many doctors have a closet literally filled with free samples], while bombarding television viewers with carefully crafted ads. Step Four: Castigate dissenters for failing to recognize the severity of the illness and for heartlessly prolonging patient suffering. (p. 196)

Ultimately, this type of system thrives in a society in which doing something is considered better than doing nothing and in a culture in which consumerism imparts identity. This is America and, in America, at least one child as young as two has been prescribed one of these mind and body altering medications. The pursuit is ostensibly more important than the happiness.

Lane presents an adequate amount of empirical data and anecdote to compellingly argument that our current crop of psychopharmacological medications are, by-and-large, dangerous and that our current means of distribution are fraught with corruption. Unfortunately, Lane lacks the philosophical cleverness to explore how American culture sustains this beast and where it's all headed. I, like many other professionals, would like to know; though, something tells me it's gonna get worse before it gets better.
Labels: Books I've Read Psychology Review