No god but God 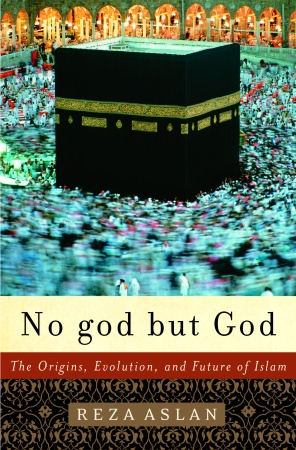 After numerous false starts, I've finally finished Reza Aslan's No god but God: The Origins, Evolution, and Fure of Islam. Although I have no desire to review No god but God, it is important to note that if you're not previously familiar with the ahl's, al-'s, ha's, and ta's that dominate distinctive Middle Eastern names and terms, Aslan's narrative can be tedious.

Islam has a long history of acquiescing to puritanical oligarchy. Hence, a Muslim individual's social, political, and interpretive ideology is dominated by the Islamic entity into which he or she borne. This is because Muhammad's Quran was a made in the moment text and is not an orthodoxical device. It has taken centuries of Islamic scholars, holy men, and wars to achieve the orthodoxic and orthopraxic principles and regulations that dominate the distinctive Islamic sects.

Throughout its history, Islam has been engaged in what I can only describe as a "trying to get it right" cycle. The goal of each cycle is to return Islam to Muhammad's egalitarian and quasi-socialist ideals. Inevitably, the oligarchical regime that claimed a return to these ideals becomes corrupted by power and violently oppresses all social, politcal, and interpretive dissent. Eventually, the oppressed, through shared anger and intellectual organization, violently revolt and become the new oppressive oligarchical regime. This cycle has been furthered by British and American imperialism and interference. Since the beginning of their occupations, the British and American Judeochristian philosophies and intentions have been considered the corrupting influences. The road to hell that is the present jihad against the West is paved with these "good" intentions.

(A modern example of an American attempt at a "good" intention is epitomized by Dinesh D'Souza's screed The Enemy At Home: The Cultural Left and Its Responsibility for 9/11. This treatise is an attempt to bridge the Christian-Muslim cultural divide by appealing to the traditionalists of both religions. How this affiliation would truly enforce its intentions is not discussed but I fear that, like its predecessors, its enforcement will further the aforementioned cycle.)

At its core, Islam is a very egalitarian and pluralistic religion that has been perverted and taken to ridiculous extremes. Aslan hopes that the next revolution will instill those democratic ideals that he persuasively argues are at the heart of Muhammad's visions. Since any real and lasting change can only come from within, the effects of the unfortunate American occupation of Iraq are likely to quash Aslan's hopes. At least within the foreseeable future. What will happen during the next 500 years of inter- and intra-religious strife is anyone's guess.

No god but God: The Origins, Evolution, and Fure of Islam paperback edition can be purchased on Amazon for $10.17.
Labels: Books I've Read Religion Review